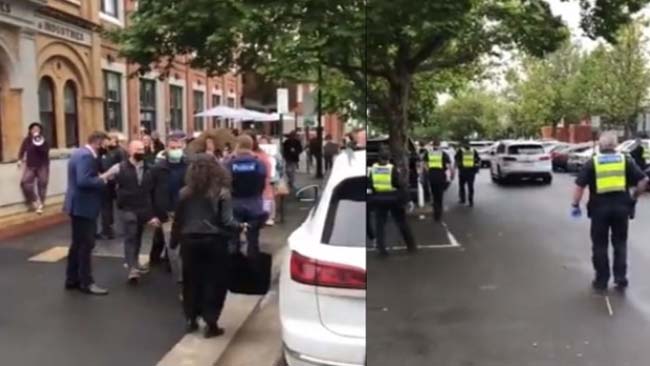 Protestors who showed up to press conferences at Parliament House and Bendigo were clearly in support of Daniel Andrews and Brett Sutton, experts say.

Dr Cedric Hunt from the Cash For Comment Institute, says extensive studies of the footage overwhelmingly show support for the Premier and Chief Health Officer.

‘You can see from the footage that they are clearly yelling ‘Let’s Go Andrews’ in support of the magnificent decisions that this government has made,’ Hunt said.

‘You can also clearly see that those chanting at Brett Sutton are in support of his work on the health of dogs and rats.’

Andrews, who was believed to be isolating with hurt feelings, says he will be looking into indefinite detention for any non-state media that attend press conferences.