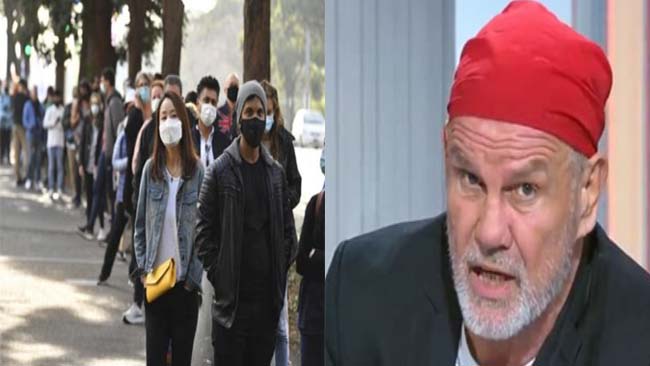 Economic units have queued up all around EZFKA in a show of compassion, after vowing to donate all their booster shots to Peter Fitzsimons.

Fitzsimons, who said on Twitter that he was ‘happy to receive a booster shot’, has received an overwhelming number of vaccines delivered to his mansion in eastern Sydney.

‘I was more than happy to donate my booster shot to Fitz,’ Craig, 32, from Cairns said.

Fitzsimons has not responded to comment, but is believed to be signing a long-term sponsorship deal with Pfizer.

Sky News is cringe but has anyone else noticed Paul Murray seems to be doing his best to hide a vaccine injury?

I remember the ambulance was called to the Sky HQ for him a few weeks ago. He’s not on the greatest of health generally but the videos I have seen recently of him on air he is clearly struggling with something.

I hear modeRNA yields the best vaccine injuries. May his booster be modeRNA, and injected in full, into a capillary.

That’s sad. Good on Senator Rennick for taking that up. The last column in the table, MedDRA reaction terms, are all of what got her.

Senator Rennick published a copy of his letter to the Prime Minister on his Facebook page, noting that the media was yet to cover the story.

Hell needs to be real.