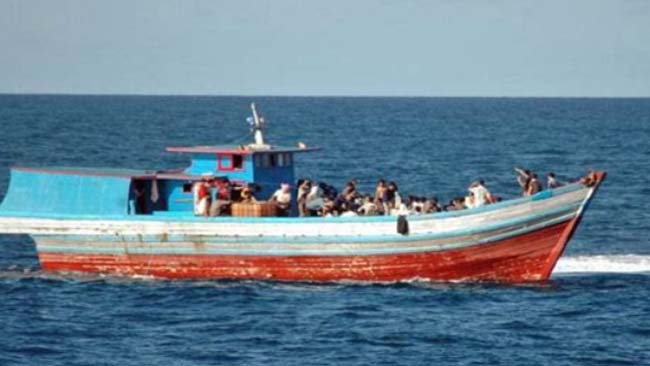 Indonesia’s Human Trafficking Association has announced their own public endorsement for ALP leader Anthony Albanese as Australia’s next Prime Minister.

The IHTA made a public statement ahead of an expected announcement of the next federal election, which may come just before Christmas. The group also pledged support for Kristina Keneally as the next Home Affairs Minister.

‘We would like to formally endorse Albo as the next Prime Minister as it would be mutually beneficial for both Indonesia and Australia,” a spokesman for the Association said.

‘Scott Morrison may have stopped the boats but he just put them on planes and brought them in through the front door. Australia must think of it’s climate change obligations.’

Keneally will be touring Denpasar next week, to show her support for opening the back door to Australia’s border.

Both sides are immigration addicts but guarantee the boats start up again 5 minutes after an ALP victory.

Totes shared a link on EmBee about attitudes to immigration, so I reviewed the charts. Had a good chart about who the migrant groups in the sample vote for. East Asians generally are strong coalition voters. Middle East, African are strong Labor voters.
I keep on saying like yourself that both sides love mass immigration, they only differ in the makeup ie visa types and where they source them from.

One of your best

And they can also use their back haul capacity get unwaxxed Aussies out of the country!