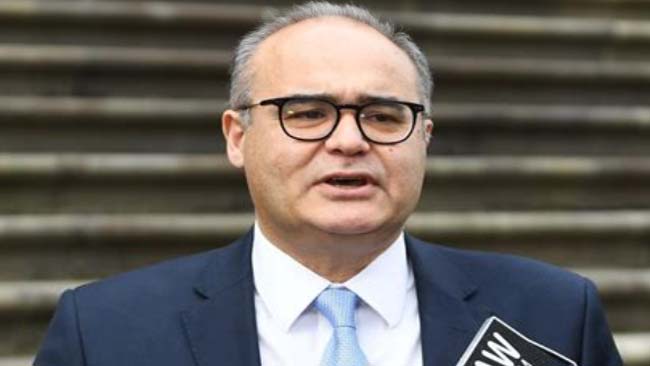 The staffer has been increasingly neurotic the past few weeks with IBAC proceedings ongoing. Somyurek’s appearance yesterday prompted McCrone to apply for stress leave.

‘I can confirm that Jessie has taken some personal time off and has not yet set a date for her return,” acting Premier James Merlino said.

‘I understand it will be a very difficult time for any of the PR team this week and it’s probably best they step away for a while.’

The account will be manned by another one of Andrews’ 347 other social media staff members during her absence.

So, for those of us not following the IBAC proceedings, what’s Adem been saying?

And has he dished it out? Or not yet?

Accused Andrews of being one if the main culprits in branch stacking since early 2000’s along with Marles, Neville and a heap of others.

But branch stacking is not illegal, it is just unethical. They all know it and bend the rules as they deem fit.
I thought IBAC was investigating the use of staff doing Labor party work whilst being paid by the taxpayer. In terms of illegal activity, branch stacking is a side issue.

dropped him in it on red shirts too.he said DA asked “do you want to win an election or not”

347 social media staff, I know it is a slight exaggeration, but it is ridiculous the amount of staff used by the premier to promote his social media image. But I guess it is fitting for a state that has deindustrialised and practically produces nothing much of value.

Perfectly understandable from the boss of a Potemkin village. All show, zero substance.