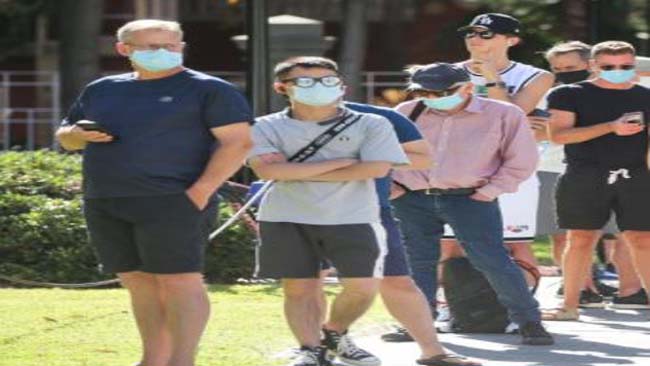 A new study has raised the alarm about the capability of Aussie men, after finding that levels of testosterone in EZFKA men complying with CHO directions was the lowest ever recorded.

The study, conducted by the Give Your Fucking Balls A Tug Institute, found that the lowest testosterone count was in Aussie men wearing masks, checking in with QR codes and dobbing in their neighbours for not complying. Middle-class, white-collar Melbournian men were the most over-represented group.

“Testosterone counts were on the decline for years, but the last 18 months has seen a shocking decrease in the amount of men who clearly have no balls. We initially thought we were dealing with some kind of hidden Eunuch demographic, but they indeed still have testicles,” Dr Mark Miller said.

“I think we can put to bed that whole ‘rugged Aussie bloke’ stereotype that questions authority, which is really only found in regional parts of Qld and WA these days. Most of them have turned into effeminate soft cocks who will do what they’re told by some public servant, at the drop of a hat.”

Further research will be conducted once booster shots arrive in Australia.

If only this was satire, having the misfortune to attend a course in Melbourne in recent years I was surprised to find how insecure people were there. I was in a Nando’s and they did not have online ordering, the patrons were visibly nervous to interact with the server behind the counter.

There is another side to this. After witnessing many couples in public ripping into each other, or men being scolded by a woman, the altered man said, “ball shrinkage is the best thing that ever happened to me”.

What does a man do when both sides (big or shrunk) have major positives?