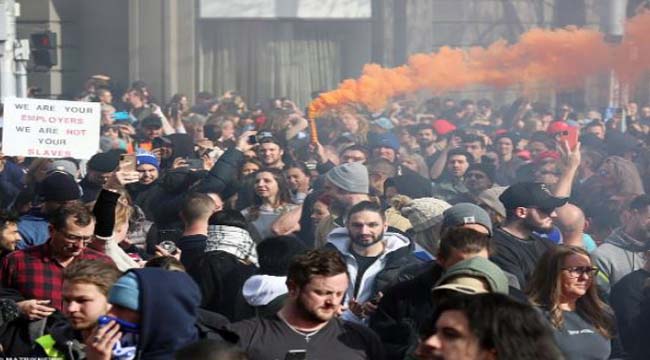 Extraordinary scenes in EZFKA overnight, with millions of citizens taking to the streets in protest after the government decided to cancel sportsball, subscription entertainment and alcohol.

Despite 18 months of a controlled descent into digital communism, the decision to cancel bread and circuses from EZFKA Prime Minister Scott Morrison appears to have sparked a massive protest with Canberra completely blockaded.

Brisbane man Chris, 42, said it was a step too far.

“Freedom of movement, informed medical consent, freedom to protest, etc are all just side issues mate. What about my rights to endless, hedonistic distractions while the country implodes?” Chris said.

“When they cancelled the sportsball I was angry, but when the Dan Murphy’s was ordered to shut down that was the red line mate.”

Canberra will remain blockaded until all BWS are opened and the NRL is allowed to resume.

God this is so true.