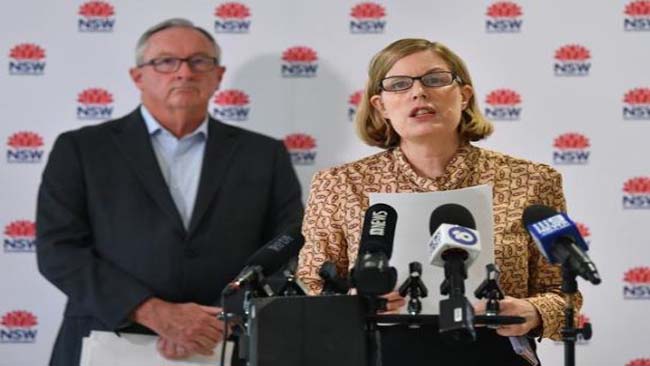 The NSW Government has warned that it’s hospitals may be overloaded from another wave of COVID, despite no-one actually giving a fuck anymore.

“That’s all we have left. The Police Commissioner giving threats schtick has well run it’s course.”

Health Minister Brad Hazzard said he will be busy this week firing nurses that have refused the jab, despite lauding them as heroes for the last 18 months while working unvaccinated.

One thing that has given me the shits since the corona farce begun was the way weird long shot photos have been used by the media and ‘twitter’ warriors alike to ‘prove’ people are doing the wrong thing [though no-one seems to ask why they were also there to observe what was happening].

If you take a long, wide shot of any area, with any number of people in it, it looks busy. Whether shopping malls, streetscapes or beaches it has been the same thing over and over again.

An overhead shot would show in reality there is nowhere near the density of people there that would typically be out and about on sunny weekend at the beach. Yet this kind of bullshit gets prime position on media and used to justify sad ‘leaders’ talking the populace like school teachers who missed their calling and threatening more restrictions.