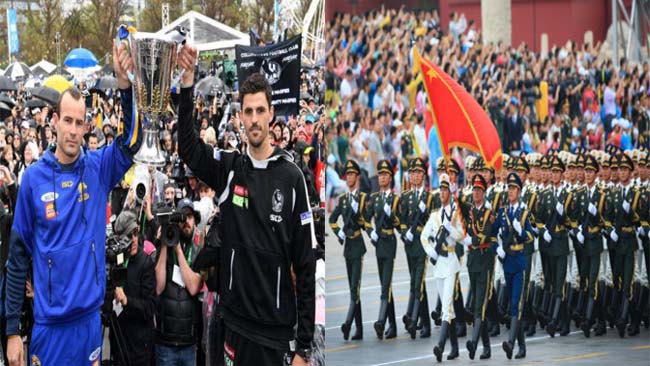 The parade was scrapped earlier in the week due to concerns about COVID. Instead of the traditional parade of AFL legends and team floats, a PLA military parade will take place down St George’s Terrace and Riverside Drive. PLA troops stationed in the South China Sea will make the trip down to Australia for the event.

“This is a great replacement for the original parade and a fantastic cultural exchange between the two countries,” McGowan said.

“This is particularly crucial as the iron ore price continues to sink and perhaps the only way that I can keep the border closed domestically.”

The PLA troops are due to arrive in Perth next week and have been invited to establish a permanent presence in Fremantle.

Too much real life.