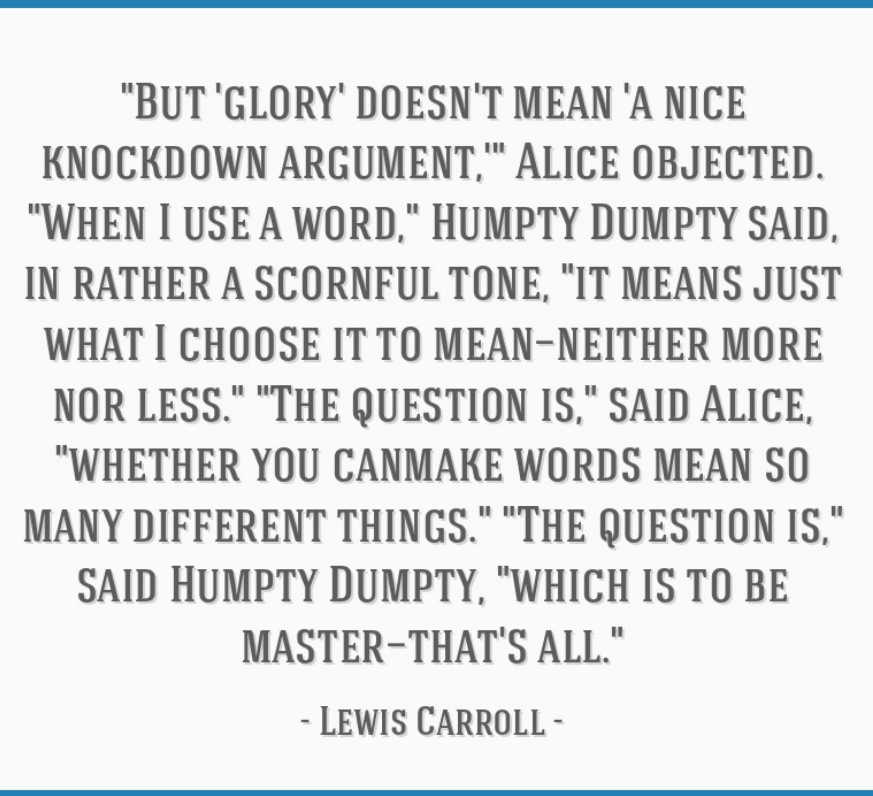 A good dozen years ago, my mate Mish wrote “Humpty Dumpty On Inflation“, where he lamented the slipperiness of definitions and the use of slippery definitions, by slippery types, to deny inflation or deflation, or any-other-flation:

Macrobusiness, being, as it is, in the business of generating outrage & therefore clicks from its readership might be do well to learn from the clever writings of Carroll.

As an aside, the writing represents a real triumph of sockpuppetry:

(In later years, no less a mind than Ludwig Wittgenstein would pick up the Dodgson/Carroll/Humpty idea and make rather a big deal of it. Eric Blair’s puppet, Orwell, understood how that worked, as well.)

Back to the main point – the slippery use of words is a key technique in the administration and running of the EZFKA. And if you want to succeed in the EZFKA, you’d better learn how that works.

The Macrobusiness boys are not exactly covering themselves with glory, by being too naive, and so their constant self-contradictions and inconsistencies are very apparent. So, interestingly, according to Macrobusiness, there is both a demand deficit and demand surplus:

The federal government, therefore, must fill the demand hole via income support to the unemployed (i.e. by permanently lifting JobSeeker), as well as provided traditional Keynesian stimulus via big investments in public works and infrastructure, among other things.

Which is to say that the boys seem to have no idea as to whether they are coming or going. Or perhaps they’ll say anything to:

This brings us to the next point…