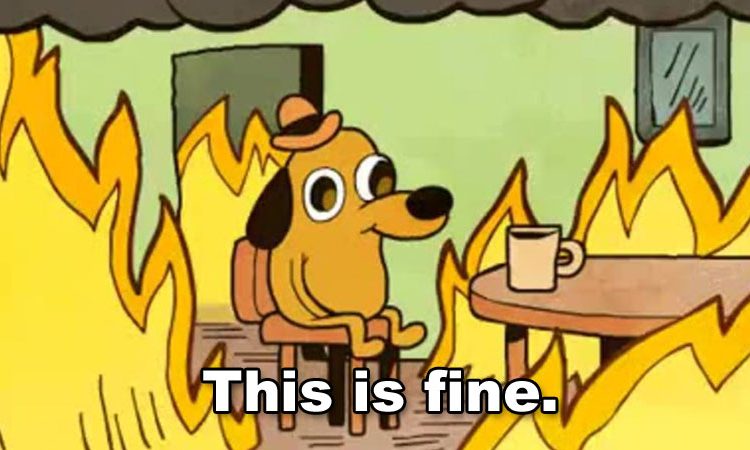 Amusingly, and not covered in this post, is also the fact that Victor Orban and Tayyeb Erdogan appear to be the closest thing to sanity prevailing. I’m sure there is a dark joke about Turks teaming up with Hungarians in there somewhere.

Anyways, first – lets laugh at Swedes and Finns about how they are being stupid. Coach Red Pill, who thankfully the SBU let go without killing, had this to add about the Swedes and Finns

They are an attractive people, but they are pathetic and stupid and about to go the way of the Dodo.

Of course, he is right, but its much much worse. I’d watch this from Scott Ritter at night, and make sure you have some scotch handy.

Bit depressing, but given Lloyd Austin called Sergei Shoigu yesterday, the likelihood is that the situation in Ukraine is now catastrophic, and clearly people in the Pentagon know the score. So with luck, the war will end pretty soon.

All that being said, the geniuses in the State Department feel the urge to get it going with China. So we have the below.

Now, while you might think I’m really negative about what is happening, the truth is the exact opposite. I feel the prevailing struggle against GloboHomo is at its peak, but I think they are done, and they know it.

Feeling very positive about everything, so I will leave you to have a good remainder of the weekend!

Good to see Gonzalo alive.
At times a bit emotional and often irrational but always on the ball. Excellent resource.

T
Author
Reply to  A fly in your ointment

He is doing this from Kharkov too, which is just a testament to how amazing the time we live in is!

The gossip is the SBU folks let him go and warned him not to openly blame Zelensky etc. He is good to blame the west though.

The Uki’s know they are done, and now Kharkov is going to become Russia anyways. Probably why they let him go lol.

His T account is inactive since the abduction on the 15. April. Does he have a new account now?

US meddling will force us all into a global war. The Great Satan needs be treated as the pariah it is and Americans citizens abroad put into internment camps effective immediately.