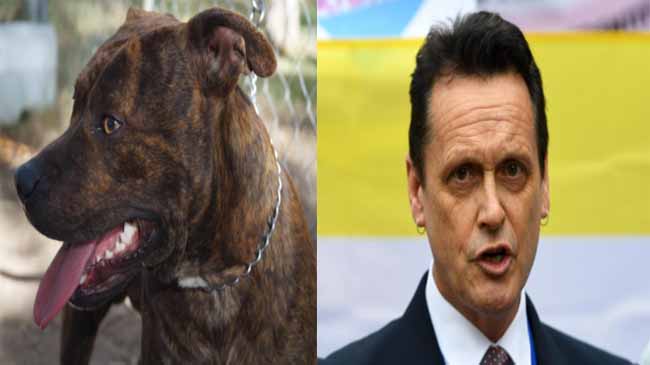 A Melbourne man whose dog passed away due to it’s owner being unvaccinated and refused access to a vet, has thanked Animal Justice Party MLC Andy Meddick for his courageous efforts on protecting not only animals but Victorian’s freedoms.

John Roberts, 47, watched his pet staffy Woofa die a slow, painful death due to a stomach infection, after several vets refuse to treat him due to his unvaccinated status.

‘It was cruel seeing him writhe in pain and cry out while I drove to 6 different veterinarians who all wouldn’t let me in, because I’m unvaccinated,” Roberts said.

‘However, I’d like to thank Andy Meddick for all his courageous work standing up for the animals and for Victorian’s freedoms. I may have lost my business, house and income, but at least I got Woofa groomed a couple of time during lockdown before he died.’

The RSPCA have also applauded Meddick’s stance and have been ‘flat out’ with increased terminations at shelters.

Trying to tie in testing on animals into the whole vaccine rollout. Fucking unhinged.

Definitely unhinged. I guess he fits in with the unhinged Greens and Treason party.

Interesting proposition which seems to be quite explanatory of the current scientific dictatorshiperiat agenda.
What better outcome than a life long dependence on some patented substance. Funny how in most futuristic movies they alude towards psychoactive substances for control, here we see a pathway towards “no jab – no life” which would seem to guarantee 100% acceptance and total control.
Depressing.

Vets should just be encouraging unvaxxed humans to hop up onto the table and get their jab alongside their beloved Woofa. Job done. Or what about a package- deal?…Get your whole family (pets, kids, parents) desexed, micro-chipped and vaxxed for a discount. Throw in some treats and make a day of it.