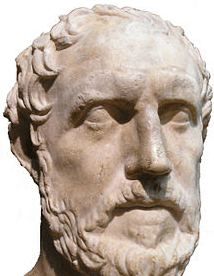 Those who do not understand history are bound to repeat it. The boys at macrobusiness have proven particularly resistant to learning history… and so particularly prone to repeating many many stupid mistakes.

Forget knowing the ancient history and the classics, the boys seem to have a special teflon coating, both inside and outside, that enables them to completely deny the facts that are in everyone else’s living memory. Straightforward facts about how the EZFKA works, what the government is there for, what monetary policy does. Even when those straightforward recent historical facts are pointed out.

One of the facts that has recurred again and again, only to be denied/forgotten by macrobusiness again and again is that the EZFKA is run under a liberalist facade whereby:

Here are some pertinent windows into macrobusiness’s complete ignorace of how EZFKA works:

Over a 2-year timeframe

So, the RBA was meant to be out of bullets, houses were meant to be 40% cheaper, shares 50% cheaper, fiscal support constrained and rating downgrades…. let’s see how they’ve fared:

RBA not out of bullets:

As to house prices… well… we have written about Macrobusiness complete capitulation on this previously:

And today, comes another instalment of humiliation, as Macrobusiness begins worshipping former nemesis and bowing to the cultural hegemon, embodied in Scott Morrison (EZFKA PM):

So, how can you get everything so completely wrong, so completely predictably. It’s by ignoring the nature of the EZFKA, and continuing to pretend that the liberalist facade is reality. That it is a society governed by rules, that the sovereign power of the government (including ministers, RBA, APRA, ASIC) is limited by charters and constitutions and conventions. That genteel debate is the process of arriving at socially beneficial outcomes.

The actual reality is, of course very different. This is quite obvious, if one is not completely bone-headedly determined to ignore everything she sees:

So whilst we started by dismissing the classics and the ancient history, we do find cause to wander back there. The actual rules of the EZFKA were written long ago. They are recorded concisely, for example, in the Melean Dialogue:

The technology of liberalist dress over cultural hegemony to obscure and reinforce the above is a more recent invention, of course, but it has deep roots.

The dream is over – Macrobusiness to close in 23 days. If they’re honest. – EZFKA

[…] Hoodwinked by liberalist facade, Macrobusiness cedes battlefield in war of position. Lines up to dut… […]