NVX-CoV2372 - A solution for those with some IQ? news, articles and other info (indiscriminate in any shape and form)

Novavax has this candidate for bringing the vaccination to where it belongs - neutralising the virus, but its highest value so far is that it is not quite a ballistic experiment like the "others" who's names shall never be said.

What has me interested in it is that it offers a palatable solution for those whom have some form of critical brainwaves* (and a choice at work), whom have issues at work complacency demand, or simply don't want to join the guinea pig ranks. It apparently offers a choice away from myocarditis,  deep vein trombosis and other rare but somehow omniresent side effects like sudden wax related death or poor immunity.

It was meant to be in use this year but atm it is suggested only as "early next year".

here's what I like (but have no clue of veracity of these claims):

Perhaps I have too high hopes and this is only a distraction for tinfoil hats.

Being that I am about to be vaccinated for Hep B, I got Tetanus last Saturday - and I lived to type this blabber, my concerns over this jab are pale in comparison.

* = I recognise the traditional owners of a critical though of this and other lands whom were coerced by some form of lateral leverage to comply and participate in the biggest clinical trial in the world. Those people that had to take existing jabberwacky to preserve their jobs in spite their critical thinking and valid concerns are true heroes of their families and I recognise them as not being part of the zombie brigades

I believe we have ordered significant quantities of Novavax - would expect this to get through the TGA approval process this year.

The company was given a ‘provisional determination’ by the TGA in January, and accepted into a ‘rolling submission’ process of review.

Still nuttin' as it claims elsewhere in the article that this is educated wishes...

Mix with influenza shot is a bit of worrying, still to be seen where it ends.

note to self: read through all of the above links.

but the summary seems to be that the nova-axe is old-tech, without the nano-particles and the mRNA doo-dads and the other mystery ingredients?

Yep the summary is good, at least from my perspective. I just got a tetanus shot and about to get one for Hep B and both are based on the same tech, again, as per data. No one died from either of the two. My take is that it will be the "super booster" that actually does sumtin and make all previous waxing redundant.

‘Some people are waiting for Novavax’

Prof Bennett said Novavax would have provided individuals who were vaccine hesitant with a different type of jab.

Novavax has formally sought regulatory approval of its coronavirus vaccine in Britain.

The US-based firm submitted its final trial data to drug safety watchdogs, in a move that could see another jab added to the UK's roster.

No10 has already bought 60million doses of the jab. But it is not clear how it would be used, if approved.

Novavax has completed it's application to the Therapeutic Goods Administration (TGA) for provisional approval.

It would also become the first protein-based vaccination candidate in the country.

@djenka No update on TGA site that I could see. I emailed them asking if they could verify the press release on the novavax site. 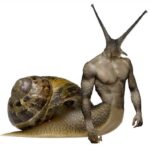 no thanks, why care about this.

It offers an avenue for those that do not want to participate the clinical trial on Em Ar En Aye experiment.'

As much as the bill in Vic may fail (and it will be the forst domino for the rest of the states), the discrimination and segregation will remain with businesses.

JIM WILSON: I know some of my listeners are waiting for the Novavax vaccine. When will that become available?

GREG HUNT: So Novavax is in process of putting in submissions around the world. The UK, I believe, was there first and they've indicated Australia. So we're hoping that in the coming weeks, they'll be putting in their application to the TGA for approval.

And if it's approved, we'll have that supply at that time. So we're ready to receive supplies as soon as they are ready to put it in. So I think it'll make a difference for 1 to 2 per cent of people.

It may not be full 2% exactly but we do know that there are some people exactly as you say, who are waiting. Whilst we would advocate they don't wait, I know that some will nevertheless make that decision, and I respect that.

So we have the Novavax as well, which is coming. For those that don't follow the fine detail, which is completely understandable, Pfizer and Moderna are mRNA vaccines; AstraZeneca, the viral vector; and the Novavax is what's called a protein vaccine.

So that's the one we haven't had, but nobody in the world has started administering it, we’ll be one of the first.

Not sure about The Spectator's reputation, it claims what I tend to agree with at this stage.

Vaccines from Valneva and Novavax might win over some skeptics

This one from Neue Zigeuner Zeitung about "Great hopes rest on a product from the French-Austrian company Valneva" in addition to Novavax being based on proven technology, may reach more markets this winter.

(From rifle-dropper's own "Le Figaro")

The European Medicines Agency (EMA) started examining the US biotech dossier on November 17 and could decide " within a few weeks ". Also awaiting a European green light, the Franco-Austrian biotech Valneva.

This doctor is not a fan, still has lipid nanoparticles & something about prions and mad cow.

It's here. First reports of jabberwocky side effects yet to be found.

As much as it ticks most of the boxes and does not tick other very bad ones, natural immunity has been reported worldwide as far superior by any metric, so caveat-jabbadabba applies.

A week since bookings for Nuovaxovid is actually available for jabbadabba , it went silent... no news,  nada

Perhaps too late now, the resentment of any jabbadabba is mounting

@djenka matey, is it possible to get data for how many novavax shots have been administered?

id imagine it’s pretty much fuck-all, since anyone who wanted the jabbadaba is already long since jabbed …. There may only be 100,000-200,000 people holding out for the novavax but many of them probably now prefer to just get the covid itself….

For some reason the reply went the wrong way. The reply was to this post

I did not look for that data at all, not that I would have much hope of finding it. I will try though.

Yes, I agree with your assessment.

I for one was waiting for it but now I can't be bothered any more. I'd take it last year in a blink but now I choose to defer the "gratification" further. It would stil be good to have it as an option if it comes to a major coercion and I have a non medical motivation to line up with the tyranny.

Places that were available only for UberJabbadabbas under the threat of major $ penalty for sending their employee there - now don't bother to ask. Go figure.