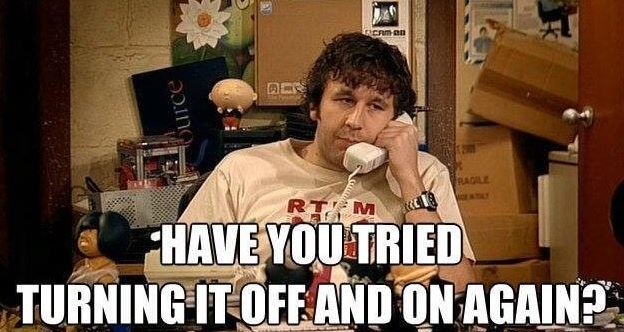 Since I’ve pretty much written everything I know about Crypto in previous posts, I thought I might just post a quick crypto roundup of the sector as I’ve seen it over the past week. Not going to focus on price or returns, although I might mention it, because although it can be fun it is the technology itself that I am mainly interested in. Even though I may refer to my crypto activities NOTHING WRITTEN BELOW IS FINANCIAL ADVICE, it should be viewed as just incidental to the subject mater.

So first real item to comment on was the crypto market’s scalable darling ‘Solona’ blowing up during the week. I first mentioned Solona few months back, noting at the time:

“Also its [Solana’s] stability is very much in question, with the entire network going down several times and having to be restarted at least twice – not something that will encourage enterprise use.“

Anyhow, basically the same thing has happened, only since its wider adoption as the 1st layer for an App base e.g. Australia’s Power Ledger, its downtime this time around will be much more widely felt.

I wrote a quick follow up blog on Solana a few weeks later, which basically pointed to another blogger by the electronique nom de plume of ‘Zem G’ and his post. The main point of his article was, that through the PoH (which is just a contrived PoS system) the Solana network requires complete synchronization among validators. This synchronisation condition becomes increasingly stringent as scale increases. Despite Zem’s obvious bias in regards of BSV, his critique of Solana is fairly valid, so if you are interested in understanding Solana have another read of his article, which does it more justice than any attempt I may make to plagerise it.

Essentially what happened this week was that someone either did some scaled transaction testing live on the network or maliciously attacked it to prove a point, by flooding the network with around 8000tps… apparently the network lost sych at around 320tps and then the distributed apps started failing.

So what was the eventual solution for the supposed Global Ledger that is currently valued at about $150bn and is meant to serve as the back bone for a distributed app economy? They turned it off and then switched it back on again….

The other interesting thing to occur this week was that DeFi came to BSV in the form of TokenSwap, which is basically a UniSwap clone hosted on the BSV blockchain.

Now a word of warning, I’m gunna talk about what may appear to be my trading/investing activities here – it’s not, it was just me fucking around with ‘play funds‘ trying to understand how the thing worked and inadvertently getting into the ground floor of what may well end up being a ponzi. I don’t intend to pump any more funds into what I’m going to describe below, however that said I might roll some of the ridiculous gains into other Liquidity Pools or Farming opportunities as they become available.

So the basic premise of liquidity farming was something I outlined in an article a while back ‘Yield Farming on the Crypto Plains‘ is that individuals pool funds in a DAO (Decentralised Autonomous Organisation) in order to perform some activity. In the case of DeFi it is pooling funds in order to provide sufficient liquidity such that Automated Market Making can take place.

But as I pointed out at the time the nature of liquidity farming and ‘staking’ coins into these DAO’s is that they are ‘liquidity constraining’ events – they essentially tie up staked crypto and can have the effect of driving up price.

So back to the particular model that I was looking at – TokenSwap. Here the set up is, TokenSwap sets up various liquidity pools that enable financial swapping markets to operate, clipping a ticket along the way. These ticket clippings are collected and paid for in TokenSwaps native currency/token, TSC. Essentially this is the founders and investors own liquidity constraining ponzi system in a similar nature as the Binance Coin, except that it is hosted on the BSV blockchain.

So step one in this process of entering into a liquidity constraining ponzi was to buy some of the native ponzi token TSC. Next step was to ‘stake’ equal amounts of TSC and BSV into the relevant market, in order to fund the swapping pool. There are other markets that you can become a swapper for, not necessarily through TSC as the base pair, although from what I understand that is where the ticket is clipped into, so you could freely use other assets as and when they become available.

If you are a follower of BSV the creation of this swapping market for BSV cannot be under estimated. Thanks to a concerted ‘delist’ campaign, BSV is actually pretty hard to get a hold of in many locations – especially in the US. The opening of this market is now an effective conduit in order to access BSV at a retail level, and imho may well act as a catalyst for larger exchanges, such as Coinbase, to reassess their decision not to list it. Effectively TokenSwap is a means of overcoming the blockade to this technology, and feeding the growing demand that is arising from the iGaming market, which accounts for over 95% of the transactions occurring on the BSV chain

Anyhow it has been interesting to understand these processes and in the course of doing so I staked a small amount of play money and am now experiencing serious FOMO regret in regards to my financial timidity. Basically the native coin TSC has risen 164% since I bought some yesterday morning, while the shear volume of transactions has yielded around 5% in notional TCS farming gains.

Given my hesitency and fear that it is a ponzi I am naturally unwilling to stake any further funds to the pools I’ve already funded, however I am prepared to roll any gains in the ponzi pools I’ve invested in so far into any new pools that may be offered. The biggest pool that is of interest to me and is yet to start farming is the BSV/USDT pool, mainly because this is the biggest market that currently exists for BSV and they are all hosted on exchanges hostile to BSV and where most of the shorting activity takes place on. The opportunity to actually stake BSV into DeFi contract pools has the potential to actually see BSV liquidity drained from these hostile exchanges to competing DeFi swap pools.

Already around 15,000 BSV has been drained off exchanges into the TokenSwap contract pools, while numerous other DAO’s like Ape or TDXP, who have been around for longer, have also drained significant amounts of BSV liquidity in order to support their own activities.

Anyhow, that’s my round up of interest for the week. Take it all with a grain of salt, DYOR and remember that you could lose ALL your funds at any time by partaking in these ventures. They are completely unregulated and nothing I’ve said about should be taken as investment advice.

Disclaimer: I’m a sad holder of BSV which should probably be sufficient warning against any financial conclusions I may draw.

“Crypto roundup” but no mention of tether ?

Mmm…. Tether news. The craziest rumour I have heard is that it Tether and Bitfinex have already been seized by authorities, who are continuing to run them as fronts in order to gather intelligence on criminal syndicates. But really there has been no real developments with Tether, they have been doing some issuances, which I imagine would destroy the crazy ‘Feds seizing Tether’ rumour as it would then make the US Govt complicit in maintaining the bubble.

Speaking of bubbles, I’ve had fun with my TokenSwap experiment – took my initial investment back after a 351% gain across 4 days, so what remains is now risk free. Wish I hadn’t been so timid and had just aped in instead of punting play money 🙁 Most of the gains were in regards to price appreciation of the systems ponzi coin from about 1/2000 when I started looking at it to 1/280 this morning. The farming yielded about a 10% return on top of that. That is in base price BSV, so it is the equivalent of a move from 7.5c to 54c in USD.

It has been interesting investigating the “Tokenomics” behind the exchange currency token. Just like all the other coins they’re designed to encourage hording or hodling, with withdrawls supposedly resulting in the TSC being ‘burned’.

My conviction that it is a ‘liquidity constraining ponzi’ hasn’t been diminished by the fact that it is on the BSV blockchain. The only thing that has given me some assurance is that if failure or theft is going to come, it will be from the DEX administrators or underlying ponzinomics that I haven’t quite worked out and not the actual chain owner.

But back to Tether, I am also not yet convinced that just because there is now a USDT conduit into BSV in terms of meeting untapped retail demand for it, that DeFi will necessarily bloom on BSV. I think it poses a problem for the Crypto syndicate that falls broadly within the DCG and Blockstream group of companies. They have been apt at thwarting BSV so far, in terms of their delist and social media campaigns, so I wouldn’t be heavily against them just yet.

Last edited 1 month ago by Stewie
0

I suppose I should also make a point about the technology – even if this is a liquidity constraining ponzi system, the experience was flawless.

The funds were moved from wallet to exchange faster than I could move my eye from one monitor to the next. I haven’t had any experience of DeFi on other chains, but the fees in respect to having the transactions processed were next to non-existent, while the service fees for the DEX were quite reasonable imho (again, not having much any experience on other chains).

If you like or are interested in the technology check it out (not necessarily talking to you Coming as I know you are a true skeptic). 🙂

Tether, they have been doing some issuances, which I imagine would destroy the crazy ‘Feds seizing Tether’ rumour as it would then make the US Govt complicit in maintaining the bubble.

if the feds did seize tether, I’m sure they’d continue issuances.

us govt complicity in maintaining bubble is nothing scandalous. Indeed, it is passé